In collaboration with Fullscreen, we developed a node.js Twitter bot for the movie Venom that automatically responds to fans who tweeted at #BondWithVenom with a video reply from Venom himself. We coded different responses to fans through analyzing keywords. On the day of the premiere, fans who had used the hashtag and had been active with Venom were direct messaged a link to purchase tickets.

To track success, we created a custom admin panel to track the bot’s speed and responses. Overall, the bot was a huge success; during the first two weeks of the movie being in theaters, the bot responded to over 2,000 fans, garnering over 73,000 impressions.

Even better: the campaign went on to win a Bronze Clio for Theatrical Social at the 2019 Entertainment Clio Awards! 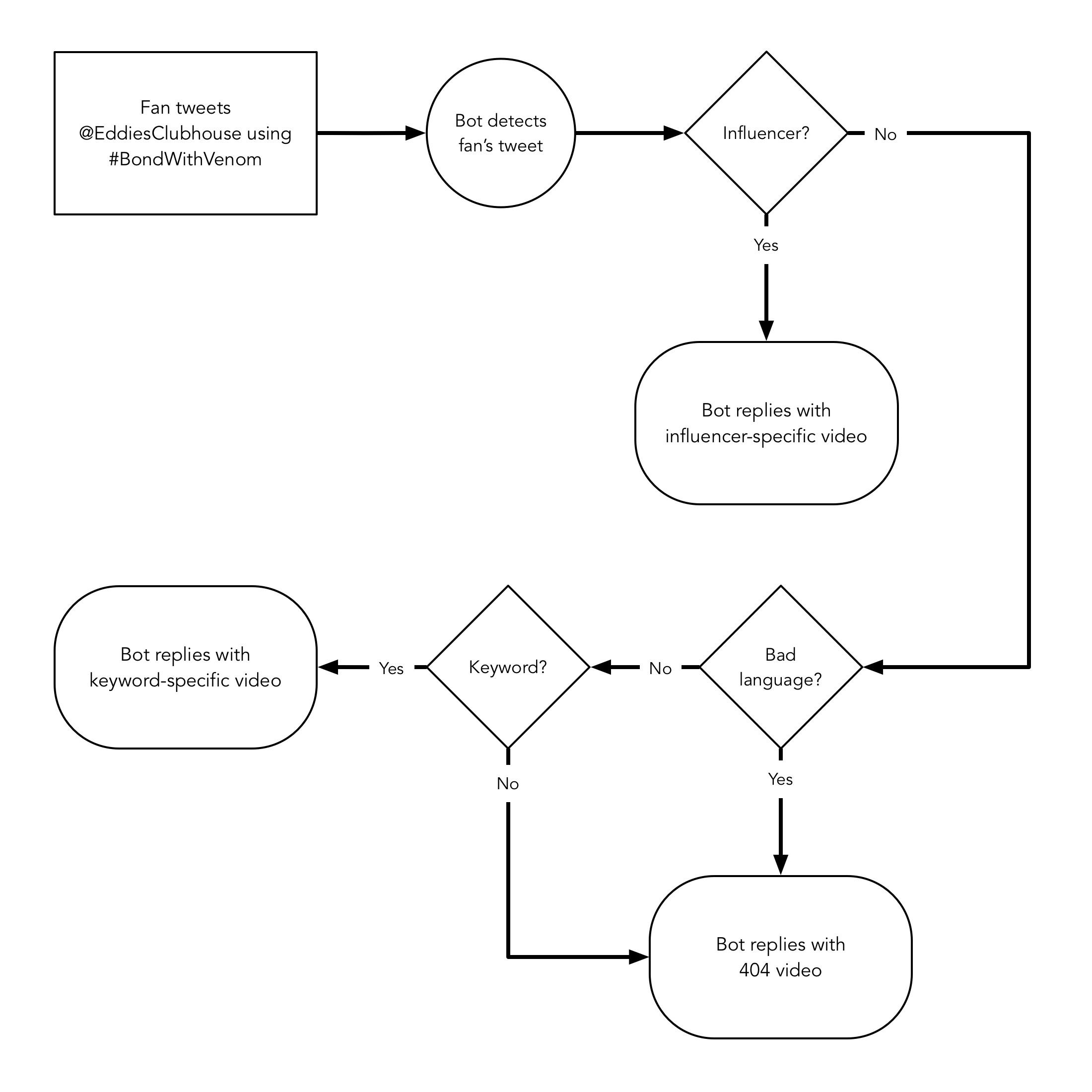