FX Network’s What We Do in the Shadows follows four unconventional vampire roommates. One of the vampires, Colin, isn’t your traditional vampire; he’s an energy vampire, meaning he’ll put you to sleep with his boring, monotone voice. We put together a clever play on Colin’s character with the "Adult Bedtime Stories with the Energy Vampire," a video series where Colin read viewers extremely boring works of prose.

Each full video is about ten minutes long and features riveting reads like Spotify’s Terms and Conditions and The Art of Public Speaking. To promote the videos, we created fifteen and thirty second cuts. Across Facebook, Twitter, Instagram, and YouTube, our campaign generated over 140,000 impressions with an average engagement rate of 9.86. 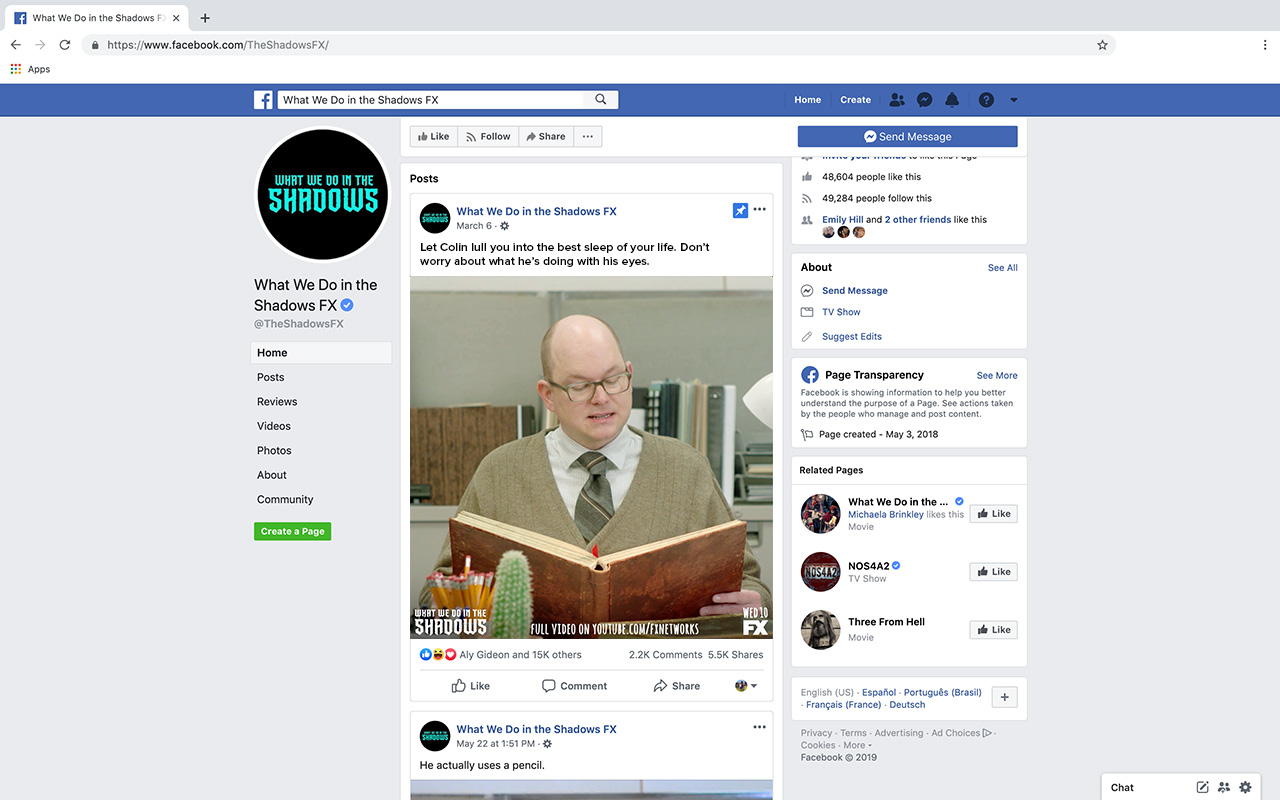